John decided to use the Correct Weight program during the 2014-15 season, opting for the Premium Package. A target weight of 350kg at joining (1st July) was agreed upon, as John intended to use sex sorted semen.

The initial weigh took place on the 5th November 2014 where they received their worm drench, pink eye vaccination and all heifers were NLIS scanned and weighed. The average weight of the group of heifers was 186kg. On farm we discussed what feed John had available to offer these heifers over the next 30 plus weeks. It was intended that a summer crop would be grown, some cereal hay would also be available, plus some pellets if required. These details assist us at Warrnambool Veterinary to formulate a specific diet considering the nutritional requirements of a growing heifer.

A benefit of weighing heifers regularly is the ability to draft off any heifers that are below Target weight and separate them for special attention. John was very keen to use this method of achieving better growth rates for the lighter heifers so on each weigh visit, heifers below Target weight were drafted off.

During the more challenging months of summer and autumn these light heifers received approximately 2-2.5kg/head/day of a growers pellet that tested at 15%protein and 11.5% ME, plus ad lib high quality cereal hay and a pick of green grass following the January rains.

At the same time the heavy heifers were grazing a very good summer crop of rape with ad lib cereal hay via rings in the paddock. Our Target for growth rates of a Friesian heifer is 0.70kg/day. The 18 light calves between November and early January had an average gain of 1.21kg/day.

After the January weigh, 14 calves only were below target and again were separated. The 14 light calves had an average gain of 1.14kg/day.

At the final weighing in early June 2015, John’s heifers had an average weight of 347kg with still another 4 weeks of growing before they were to be joined. The previous year, John weighed just the once, at the same time of year. His 58 heifers averaged 292kg, 55kg/per head less than this year’s group!

When we caught up with John and asked him about Correct weight and what he liked about it he said, “It organized me better as heifers can get away on you.” He said that “the weighing process was easy and that having the results kept him motivated” When John was asked whether the nutritional advice was helpful he said it was a “mutual decision knowing that he was going to grow a summer crop and we needed to advise on what else needed to be fed” He said the early indications are that this summer and autumn period could be more difficult so he would place more interest in the nutritional advice in the reports to be certain the heifers continue to receive the nutrition they require to reach Target weights. He said “I’m going to use Correct Weight again this year and with more calves I might need more advice given the season forecasted”

John selected the premium pack that included some vaccinations and worm drenches. When we asked John was this an advantage or disadvantage he said “It was a convenience and satisfaction that the job is done good and that the price doesn’t matter if the job is done right” As for the Warrnambool Veterinary staff involved with Correct Weight John said “If you don’t trust the bloke working for you, you don’t have him work for you “.

Correct Weight heifer monitoring program can assist dairy farm operators manage their heifer replacements to reach their genetic goals and be ready for joining at a Target weight. As John puts it when asked is thoughts on the program as a whole? “A real good success”. 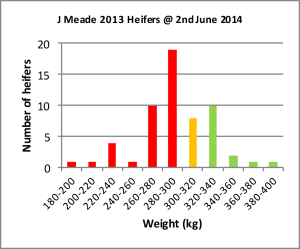 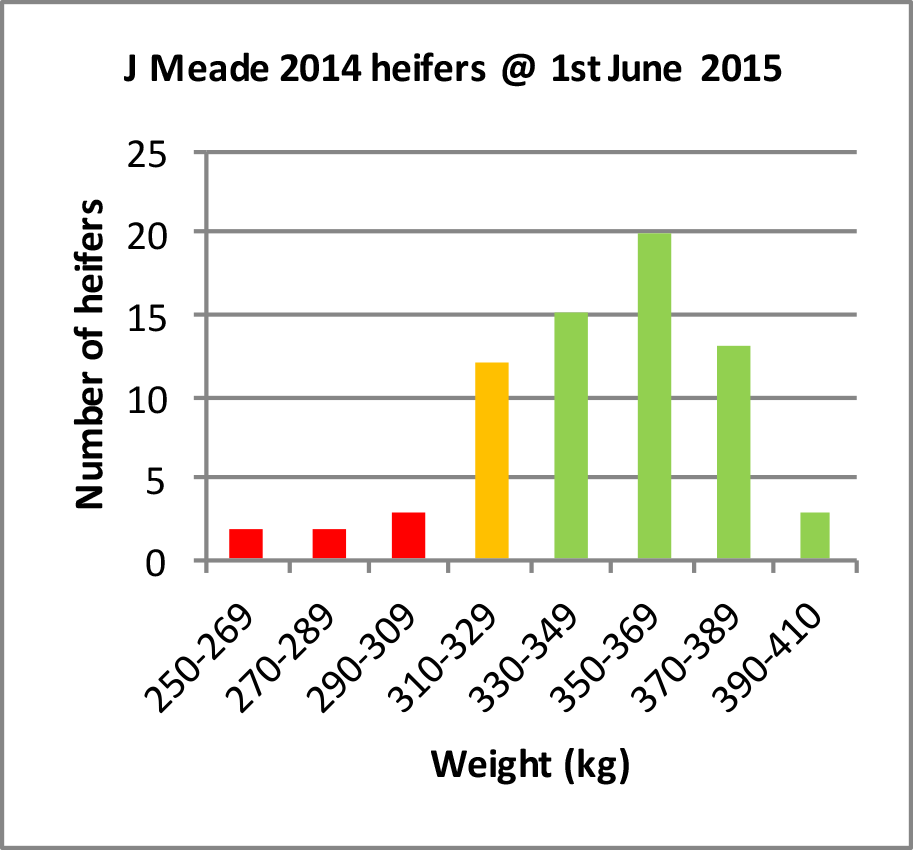 Give Phil a call on 5561 7666 to discuss the Correct Weight and your heifer development program.