Clostridial Diseases of Sheep and Cattle

Blackleg, pulpy kidney (enterotoxaemia), black disease, tetanus, malignant oedema and botulism are clostridial diseases that cause death in sheep and cattle throughout Australia. Other animals, particularly goats, are also susceptible.

The Clostridial Family of Bacteria 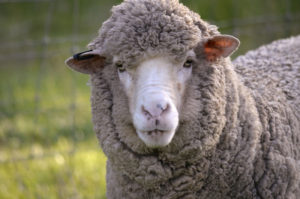 The most important thing to do when sudden deaths of stock occur is to get an accurate diagnosis. This is important to rule out other conditions, such as metabolic diseases, poisonings and anthrax. Animals suspected of dying from anthrax should not be moved or cut up in any way. Many of the clostridial diseases can look like anthrax and so should be approached with caution. If anthrax is suspected, contact your veterinarian immediately. Clostridial diseases are usually fatal. Death occurs rapidly with pulpy kidney, black disease, blackleg and botulism, but takes several days to weeks with tetanus. In severe outbreaks, many animals die suddenly. Occasional deaths may be due to these diseases also. These are often undiagnosed.

Treatment with antitoxins and large doses of antibiotics is expensive and not usually successful. Vaccination is vital to prevent these diseases.

The major factor in controlling clostridial diseases is to develop satisfactory immunity within the animal at risk through vaccination. The vaccination program undertaken in a herd or flock must take into account the principles of immunity, the diseases likely to occur and economic factors.

The Principles of Immunity

Passive immunity is transferred from the mother to the offspring in the first milk (colostrum). If the mother is boostered with 5-in-1 vaccine about one month before the offspring is due to be born the level of protection and period of time for which the young animal is protected is increased. Active immunity requires a primary course of two doses of vaccine 4 to 6 weeks apart to give a reasonable period of protection. The first dose only primes the animal’s immune system – hence the need for a second dose. The first dose is usually given at marking time, when the protection from the mother’s milk is starting to decline. Annual boosters are required to maintain the protection, as well as providing antibodies in the colostrum to protect the young until they are old enough to be vaccinated. Boosters should be given strategically before high-risk periods.

The diseases likely to occur will vary from district to district and season to season. Each disease has particular conditions that can usually be mitigated through planning and good hygiene practices. Owners should check with their veterinarian for advice regarding their own situation.

Enterotoxaemia or pulpy kidney is a common and fatal disease of sheep and cattle. It is caused by the toxin of the bacterium Clostridium perfringens (type D) when it is absorbed from the intestinal tract. The bacteria that cause enterotoxaemia normally exist in small numbers in the gut of healthy animals. The disease develops when the environment in the intestine favours bacterial growth and bacterial numbers increase dramatically with a large increase in toxin production. This can be caused by increased feed intake, new or better pasture, dramatic change in diet, or the introduction of grain based diets. It is difficult to diagnose pulpy kidney as death is often the only clinical sign and it is often confused with bloat. Prevention can be achieved through careful management of the animal’s diet, together with a comprehensive vaccination program. Immunity to pulpy kidney after vaccination lasts around 3-4 months, so boosters may be required when a sudden change in diet is anticipated.

Blackleg is a generally fatal bacterial disease of young cattle and sheep of any age. It is caused in most cases by the bacterium, Clostridium chauvoei. The disease usually causes lameness due to localised inflammation of muscle with heat, swelling and gas formation (gas gangrene). This is followed by a generalised toxaemia (blood poisoning) of the animal causing rapid death. The bacterial spores can survive in soil for many years. Spores are ingested from pasture by the animal, they then enter the bloodstream and lodge in the muscle where they can remain dormant without causing ill-effect. Blackleg in sheep is frequently associated with wounding as a result of shearing, tail docking, castration, injury to ewes at lambing or infection of the navel soon after birth. In cattle, unknown ‘triggering’ factors cause the organism to germinate, multiply and cause the onset of blackleg although outbreaks following handling and associated bruising are common. The disease is more commonly seen in young, rapidly growing cattle or cattle on a high plane of nutrition. The organism has been documented to also damage heart muscle and diaphragm resulting in clinical signs not usually associated with this disease.

Black disease is an acute, highly fatal disease of sheep, goats and cattle and is usually associated with a liver fluke infestation. It is caused by the bacterium Clostridium novyi. The organism produces toxins in the liver usually following damage to the liver by migrating liver fluke, causing death. Spores can survive in soil and pastures for many years. Spores are ingested from pasture by the animal and pass into the liver where they may remain for some time with no apparent effect. However, should the liver tissue near the spores become damaged, usually by liver fluke, the spores will be activated, they will multiply and begin producing a toxin which causes the disease. Although sheep are the animals mainly affected, losses can occur in cattle and goats. The onset of the disease may be rapid, with stock simply found dead in the paddock.

Malignant oedema is a clostridial disease that more commonly affects sheep but also goats and cattle. It results from infection of wounds with certain clostridial organisms (Cl.chauvoei, Cl.novyi or Cl.septicum), which cause local swelling and discolouration. General toxaemia and death of the animal occurs within days. Susceptible wounds may occur during routine operations like shearing, mulesing, and marking. Infection is not uncommon if these operations are carried out under dirty, unhygienic conditions. The genital tract may become infected following prolonged or assisted lambing, kidding or calving. Swelled head is a similar condition seen in rams. This occurs in young animals due to fighting, with the bacteria entering wounds on the head, resulting in the typical ‘swelled head’ appearance.

Botulism is caused by the toxin produced by Clostridium botulinum (type C and D). It is a major problem of cattle in Northern Australia that are more likely to graze on phosphorus-deficient pasture, which may lead to bone chewing (pica). It can also affect horses, sheep, goats, pigs and poultry. Favourable conditions for C.botulinum and its resulting toxin include decaying dead animals, rotting vegetation, mouldy grain or wet hay. Animals become infected if they ingest material containing the toxin or if they ingest bacterial spores, which then multiply in the animal’s gut and produce the toxin. Affected animals typically display hindlimb weakness progressing to paralysis, collapse and death. Paralysis of the tongue may be observed, displaying as refusal to eat or drink or excessive drooling. The animal may also display aggression. In some cases the animal may simply be found dead.

Tetanus is a bacterial disease caused by the toxin produced by Clostridium tetani. Tetanus occurs when C.tetani are present in damaged body tissue with lowered oxygenation. Puncture wounds such as nail pricks in horses’ feet, penetrating splinters of wood, shearing cuts and lamb marking wounds provide very good conditions for tetanus to develop. However, tetanus can also follow mulesing, dehorning or ring application and even wounds too small to be noticed. Signs of tetanus occur from about four days to three weeks or longer after infection is established in a wound. The animal may have a stiff gait, ‘lockjaw’ can develop and the third eyelid may protrude across the eye. The animal will usually go down with all four legs held out straight and stiff and the head drawn back. Convulsions may occur and the animal usually dies due to muscle paralysis and asphyxiation.

Economic factors include the value of the stock, the cost of vaccination and degree of risk the owner is willing to accept. The cost of vaccination is cheap insurance against the death of valuable stock. An effective 5-in-1 vaccine is available in combination with cheesy gland vaccine (for sheep), leptospirosis vaccine (for cattle), botulinum vaccine (for cattle and sheep), anthelmintics, vitamins, protein supplements and trace elements such as selenium and phosphorus.

It is important to follow the manufacturer’s directions for storage, handling and administration to ensure the vaccine’s maximum effectiveness. Keep the following in mind when purchasing and using the vaccine: