Care of the New Born Cria

After delivery, the cria will usually stand and drink from the dam within half an hour.  If the cria is not up and drinking within three hours of birth, veterinary attention should be sought to assess and perhaps give fluids or plasma.

At birth, a cria’s temperature should be between 36.8-38.6°C.  A low body temperature is serious and attempts to warm the cria up should be made.

In the case of low enrgy , IV fluids are often required but early intervention on farm often makes the difference between success and failure.  Initial on-farm treatment can include 20ml of 40-50% dextrose (glucose) solution, given orally.  Alternatively, smearing honey or golden syrup inside the mouth of a collapsed cria can be a life-saver while waiting for IV fluids.

The at-risk group would include the following:

The antibodies supplied in colostrum are called globulins (IgG), and these levels can be directly measured  by doing a blood test. 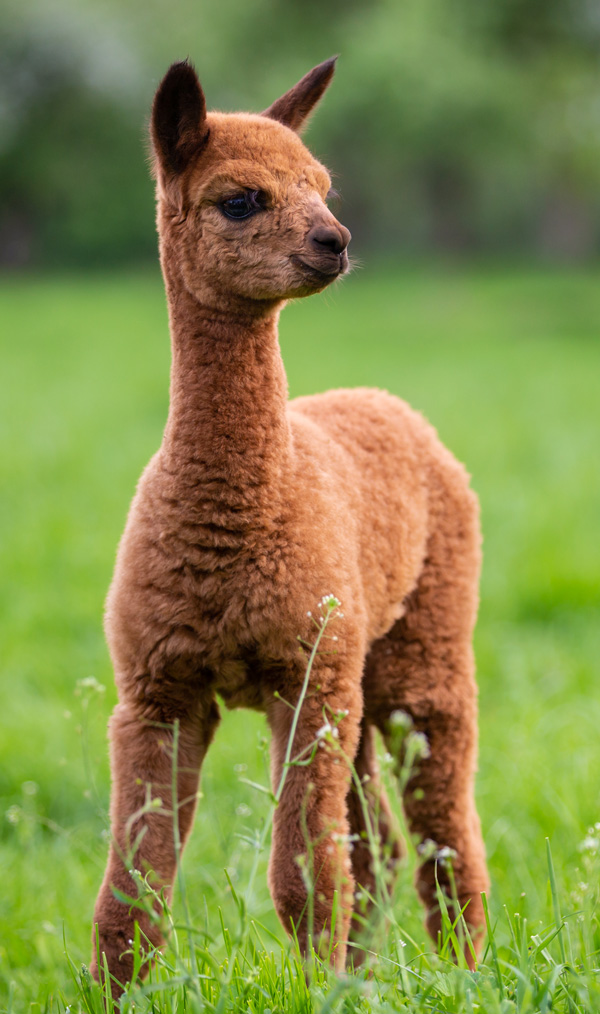 Should a cria require additional feeding, it is usually necessary to use a form of milk replacer – there is a special replacer available.  If a milk replacer is needed, feed 10% of the cria’s body-weight divided into 6+ feeds over the day.  Feeding more than 200ml in a single feed is not advised as spill-over into the intestines can occur resulting in diarrhoea (milk scour).