Why Test for BVDV (Pestivirus) – A Case Study

BVDV – also  known as Pestivirus – is a complicated disease which has got more publicity in the last few years. The next article gives an outline of the various problems BVDV can cause.

In Australia, most dairy farms have BVD at some level and often don’t see severe problems. This is because the virus is circulating through the herd and the losses are often hard to detect. BVD causes the most severe losses when cows or calves have little or no immunity to the virus and then it is introduced.

However, even in a herd with reasonable levels of BVD, there can be groups of animals which have little or no immunity. Luckily we can test the milk vat to test the level in the milking herd and if we blood test 6 to 10 young animals we can get an idea of their immunity.

Case Study: Farm milks 250 cows with reasonable fertility and no obvious calf problems. To monitor for BVDV we took a sample from the vat and tested for the level of BVDV antibodies. 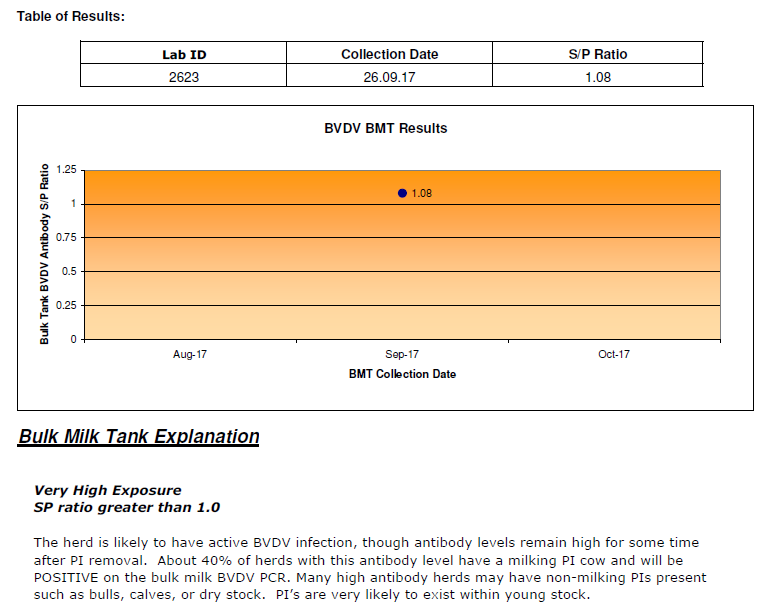 This indicates there was a high level of BVD in the herd even though the effects were not obvious. We will start control in the herd, but the immediate concern was the young stock entering the herd soon. Blood test results from the group of in-calf heifers and from the separate group of 6 month old calves were: 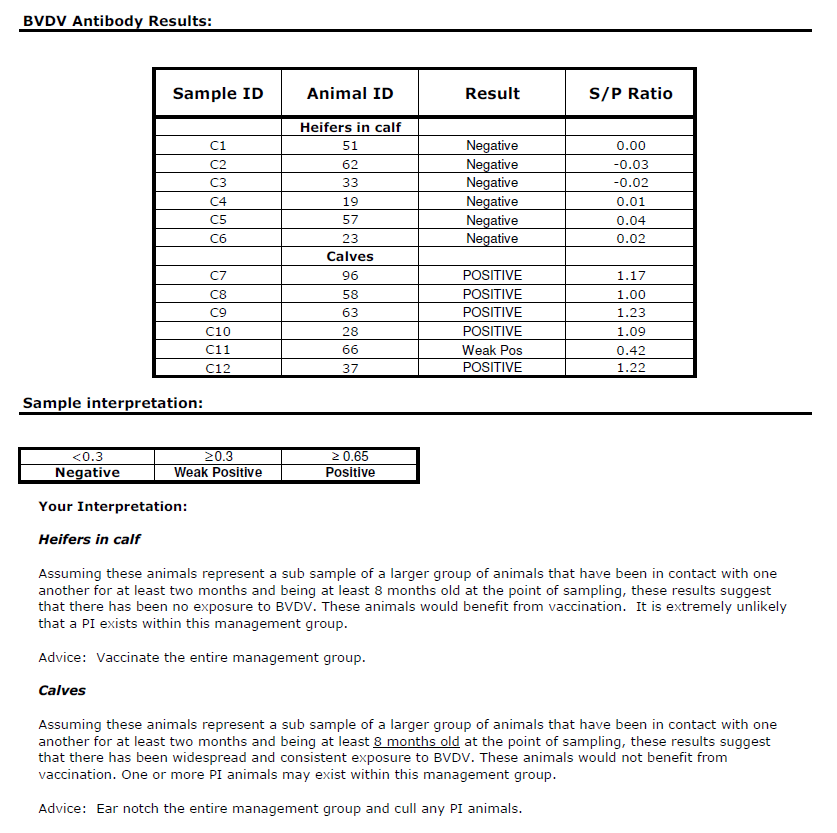 Despite the reasonably high level of BVD in the herd, the in-calf heifers have almost no immunity to BVD and there is no PI or carrier animal in this group. These heifers would be infected when they enter the herd and are likely to have poor reproduction in the second year. We have seen this situation in other herds. The in-calf heifers were vaccinated to provide immunity.

The younger calves have a PI or carrier and have immunity. The group can be tested for the P.I.

In summary, for this herd…

Recommendation for all farms…